Wikipedia: a passion for education & freedom 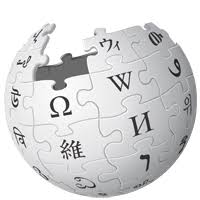 I gave a quote in yesterday's post on Romanticism for the rational, saying I would provide the source today.

"The free encyclopedia anyone can edit" has its detractors. I won't argue the merits of the model in general, nor will I hypothesise that Mary Wollstonecraft would have been fascinated by the project, and possibly a passionate supporter of it, bringing together as it does freedom and education. Suffice it for today to point out that, among the three and a half million articles on the English Wikipedia to date, just under three and a half thousand have been vetted to a very high standard indeed:

(There are another 12 000+ that are deemed to fall just short of this excellence. I expected these to warrant a phrase of American hyperbole, but no, they are soberly called good articles.)

Mary Wollstonecraft has (or is, if you prefer) a Featured Article. That in and of itself is a wonderful resource. But better yet, all of her works have also had the same detailed, critical attention. (Again we come back to the concept of the amateur, someone working for love not money.)

Thoughts on the Education of Daughters

A Vindication of the Rights of Men

A Vindication of the Rights of Woman

Maria: or, The Wrongs of Woman

And the people connected to her have also been well treated by Wikipedia; these three are FAs:

Not quite up to hallowed "featured" status, but still quite respectable, are articles on other people in her life, such as:

There's an article on Godwin's Memoirs of the Author of A Vindication of the Rights of Woman.  [Addendum: There's a family tree for Godwins and Shelleys.] There is even a timeline of MW's life; it too has achieved the deceptively modest-looking bronze star of FAdom. The central article, on MW herself, has been translated into 54 languages; seven of those have been awarded Featured Article status on their own Wikipedias. What an absolute wealth of resources, freely available to anyone with an internet connection and the curiosity to find out.