Does Hollywood have room for Mary? 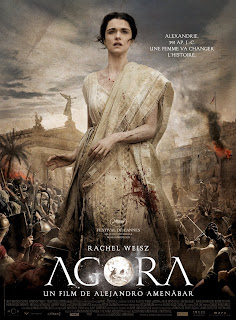 Mary Wollstonecraft deserves a movie. I've said as much before, in fact it is a dream of mine, and I can wax lyrical (or not, depending on  your taste) on the subjects of its blockbuster potential, in particular the audience it would appeal to, as well as the characters the script would demand and locations suitable for filming. I've found images for some of the vignettes, and have even sketched out a trailer.

But one question worth considering is the readiness of Hollywood for Mary, or for any film about a woman.  (I use the term "Hollywood" loosely, as short-hand for the established big-time film industries, those that are in a position to finance a  full-length feature film.) There are exceptions: in recent years, The Young Victoria, Marie Antoinette, Coco before Chanel, Frida (about Kahlo), Sylvia (about Plath), Becoming Jane (about Austen) Here's someone's list of the 50 best movies for women's history month, with an American slant. [Dead link removed, June 2013.] The sad thing is that many or most of them won't pass the Bechdel Rule: two female characters, having a conversation together, that isn't about men. Mind you, it's quite possible that the final cut of Mary: the Movie might not pass the test either, if the passionate friendship with Frances is left on the cutting room floor.

I had been looking forward for years to Agora, the big-budget bio-pic about the ancient astronomer and philosopher Hypatia. It was made by Alejandro Amenábar and starred Rachel Weisz, neither of whom is short of awards and accolades. It was gorgeously filmed, with Spanish money but, sensibly for international release, in English. It became the highest grossing film of the year in Spain -- and then the distributors forgot to release it in the USA. (I lie: IMDB says it was released on two screens that first crucial Memorial Day weekend.) It was on in London for all of a week, I think, so I went to see it twice.

Where better to view the sacking of the Great Library of Alexandria than in the hedonistic comfort of a deep sofa and the big screen of the Hampstead Cinema? And that is where I want to see Mary: the Movie. (Note for historical exactists: I know it was the Serapeum, not the Library, but narrative wins the day. This is historical drama, not history documentary. Films are about telling a story; if two characters need to be compressed into one, or a location switched for another, that's OK by me.)

Agora just didn't get the support from the studio for distribution, and without that, it hadn't a chance.  You know how little support? I can't even find its website. It used to have one, but http://www.agoralapelicula.com/ is dead. How much does it cost to pay the server hosting fees? About as much as a round of coffee for a production meeting. Fortunately there is still http://agora-movie-trailer.blogspot.com/ - enjoy it while you can. And while you are enjoying it, imagine the images transposed to the streets of revolutionary Paris, circa 1792: raving mobs, and our calm-eyed beautiful philosopher.

(Thus concludes our week with the US theme for the Fourth of July: Mary and the USA, the reverend and the revolution, dreams of the frontier, women's rights advocates, and statues to inspire. Tomorrow, we jump to France, getting warmed up for Storming the Bastille.)
at 23:59

Email ThisBlogThis!Share to TwitterShare to FacebookShare to Pinterest
Labels: Mary: the Movie