The right sort of visitor 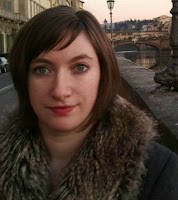 A few months ago I came across this rather lovely literary pilgrimage to the first grave of Mary Wollstonecraft. The pilgrim is an earnest American undergraduate:


Alexis Wolf studies English Literature and French Language at The Evergreen State College in Olympia, WA. She is currently living in France, conducting research on Romantic era female travel writers. Alexis’ work has appeared in a variety of American journals, and she hopes to pursue Life Writing at a graduate level.

So, with her permission and that of the editor of the University of California Berkeley's Comparative Literature Undergraduate Journal,  where the article first appeared this past autumn, I take pleasure in bringing you the unabridged "A Quiet Type of Pilgrimage". I've saved it for New Year's Day: it might inspire in you a resolution, perhaps to travel in Mary's footsteps, or to commit your energy to a campaign, or to write up your notes of a long-ago adventure, or to undertake another challenge. This will be the longest post this blog has ever seen, I think. So sit back, relax, and enjoy the indulgence of sinking your teeth into something substantial.

I: Waking in up in Norfolk Square
Opening up my eyes in this impossibly tiny hotel room, I remember just where I am, and the grey light streaming in through the tall window makes me breathe a sigh of relief. After nearly a month of motion—beautiful sun and travel—I was unsure how I would be able to switch my brain over into the dreary and dreamy realm that I sought to explore. Arriving in London late last night the air was fine and embracing, much too warm for April. This morning, however, the sky has brought the delicious gift of rain, a dim horizon, much needed for getting into the mood of Mary Wollstonecraft.
London has greatly changed in the 200 or so years since my heroine lived in it, but a few pieces of her perhaps remain. I hope to visit her here and invoke her feelings, aided by this morning’s merciful cover of gloom. The weather reminds me of a particularly dark period of time that was so important in my lady’s history—the thunderstorm-filled weather of the summer of 1797, forever remembered by Mary’s family as a literal foreshadowing to her untimely death in childbirth. I plan to employ this rain to suppress my giddiness over the chance to seek true connections here, both between myself and Mary, and between us and this city.
The tube stations and grand squares are noisy and swollen with people, but inside of me there exists a solitary place that lives just for us. I know its possible that the hush of a few museums and sacred places might help me to find what I am searching for.

II: The Portrait Gallery
It is a thrill to come to the National Portrait Gallery. I am looking for my friend. I’ve been here before, and I probably looked right at her face, but I didn’t know her yet.
Entering into the top floor of the gallery I recognize some of the portraits of the Elizabethan royalty, hung on the walls, grand and tall and ruffled yet so severe. Wandering through the halls I’m taking time to find the one I really want, the lady that I came to see.
Along the way I meet some women writers that came before her—Elizabeth Burnet is a pretty lady holding a bible, a religious devotional educator from 100 years before A Vindication of the Rights of Woman was written. She has a knowing look on her face and gave all of the money that she made as an author to the poor. Mary Wollstonecraft started out as a religious educator as well, before branching out into the distance, and her faith always seemed to keep living on in her words even after she had been deemed unholy by society.
I meet another woman down the hall, “Elizabeth Carter as Minerva.” I sit down to draw her for a moment. Carter was a classicist, poet and scholar, one of the founders of the famous Bluestockings circle. The placard by her portrait says, “In an age when few women received a formal education, the self-taught Carter was upheld as a role-model for intellectual women.” The painting depicts her as the goddess of wisdom and warfare—perhaps a not-so-subtle reference to the fact that women such as Carter had to fight to keep their place within an intellectual world controlled by men.
There are so many inspiring women hidden within the history of feminism, and in the National Gallery their portraits stand out to me among the scores of frames containing the paintings of prolific male scholars and politicians. Not always respected in their lifetime, now they hold a level of equality within this monument. I look around the halls for Aphra Behn, another woman writer that I consider an acquaintance if not a friend, and it takes me a while to locate her miniature portrait, concealed under a velvet curtain to protect it from the light. Behn was one of the first professional British female writers, and Virginia Woolf wrote, “Women should let flowers fall upon the tomb of Aphra Behn, for it was she who earned them the right to speak their minds.” I love being here, surrounded by these important stars. I feel so happy and grateful, and ready to find the confidante I came here to see.
Walking into room 18, the Romanticism chamber, I have to hold in some tears that rise to my eyes when I finally see Mary Wollstonecraft. The portrait was painted while she was pregnant with Mary Shelley, just a short while before her death. The likeness was made by her friend, John Opie, who meticulously captured the mix of intelligence and disdain on her face. The painting hung above her husband William Godwin’s fireplace for the rest of his life, and was often admired by her motherless daughters while they sat in his library and studied her works. In the portrait Wollstonecraft wears a white cotton gown and a black cap that was fashionable during the French revolution, and it effectively expresses her views on dress—that clothing should not hide or distort the human form—but rather ‘adorn the person and not rival it’. Aside from all the historical implications of the picture, Mary Wollstonecraft is breathtaking. Arranged in a perfect square, facing each other from across the room, are Mary and Percey Shelley, perpetually gazing over at Wollstonecraft and Godwin.
I ask for a stool from a docent and attempt to draw, trying hard to capture something telling in the face of this well-worshipped image. Occasionally other museum patrons stroll into the room, searching their brochures and panning the walls looking for Jane Austen’s portrait, only to realize it is not one of the grand paintings on the wall, but rather a miniature pastel contained in a solitary standing case. Before they stroll out of the room some of them peak over my shoulder, perhaps expecting to see a trained hand at work. I hope they are not disappointed by my sloppy impersonations—for me, the purpose of this exercise was simply to reach a higher level of intimate connection. Mary Wollstonecraft’s words are vitally important, but I also felt a pull to better know her face. The hours pass and within the silence of the gallery I begin to recede into the lines I’m forming, my intensity fastening me onto moments borrowed from another time.

III: King’s Cross
It took me about two hours to find St Pancras old church, lost in the gigantic area of enormous buildings surrounding the train station. Eventually, though, I met a friendly person on the street who pointed me back in the right direction. She even had an inkling of who I might be looking for.
Inside of the St. Pancras old church the gorgeous long notes of a medieval choir are playing on a stereo. The chapel is quite small and parts of it date from the fourth century. In 1797, when Wollstonecraft’s funeral took place, when she was buried in the church yard, this area was a rural community barely touching the edge of London. Before she died Mary would come here with her young daughter, Fanny, to play in the fields. It was quite different from the sprawling center of the King’s Cross neighborhood that it is today. The graveyard of the church, which used to be much bigger before the railroad was set down, looks more like a park than a cemetery. The rain has stopped for about an hour and there are people in business suits eating their lunch, lounging on benches and reading the paper. They look at me like the creep that I am, searching through the weathered gravestones, a literary tourist. After stooping down low to examine some crumbling tombstones, I finally find the right one.
When Wollstonecraft’s daughter, Mary Shelley, herself died, her son Percy Florence followed his mother’s wishes and had his grandparents’ bodies exumed and moved to Bournemouth, which is where Shelley spent the last days of her life. Here in London there remains a large tomb on the spot where Mary Wollstonecraft once laid, the placard worn down but legible. The other side commemorates William Godwin. His portion is much harder to decipher, with moss encroaching on his name and accomplishments. I pull a newspaper out of my bag and sit on it on the damp ground before a thick spread of yellow daffodils. It is here in this spot where Mary Shelley and Percy supposedly declared and consummated their love on a summer’s evening while Claire Clairmont strolled nearby, acting as a lazy chaperone. Wollstonecraft’s grave was sacred to them, the most romantic spot in the whole world to solidify their union.
It is always strange enough to visit someone’s grave, but even more so to know that their bones have been taken away. How much ghost memory does a place keep? I sat and thought of Mary Wollstonecraft walking here, rather than being buried. It is so important to pay respect to the people you love, and I have come to love her. I visited on April 27th, the 251st anniversary of her birth, and I felt bad for coming to her empty-handed. So I went into the church, put a pound in the collection box and lit her a candle. I am not a religious person but the flame made sense, to send a little spark in the direction of a long-departed woman who has so inspired me with her words, encouraged me across centuries to find my own, to keep striving and fighting. I came to this city so briefly, just to look for her here. I saw the painting of her face and the place where she used to rest under foot, but of course it didn’t change a thing. For me, she still lives in the air, in my head, in her books. After 200 years London is changed beyond what she would recognize. Still, I came to meet her here. I endeavored to know her just a little better. Under my breath alone in the church, I thanked her for igniting me.
at 00:30