Mother of feminism, mother of Parliaments 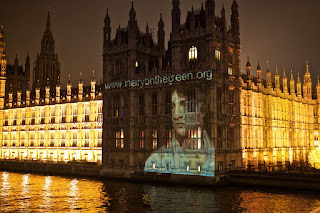 Mary Wollstonecraft illuminated the Houses of Parliament on Wednesday evening, and London didn't know what had hit it. Mary on the Green, the campaign to raise a fitting memorial to the foremother of English feminism, was out in force, leafletting on Westminster Bridge.

I think I'll let the pictures tell the tale. NB there were two images, which the projectionists cycled between. Is the caption clear enough? That's www.maryonthegreen.org. 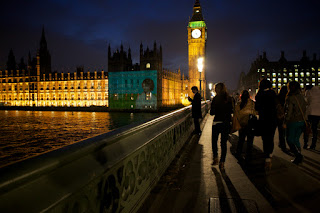 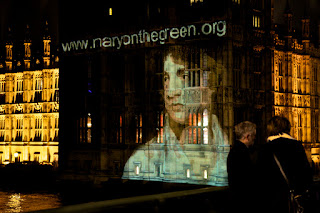 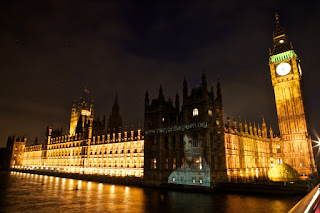 Photos by Neil Wissink, who says he's "happy for anyone to use the photos with due credit".